On 24.11.2017, INCA hosted the event on which the opinions of the citizens of Struga regarding the draft of the four-year strategy to be adopted by the Ministry of Culture and the Government of RM until the end of 2017 were heard. The panelists included representatives from the Ministry of Culture (staff and councilors, some of the authors of the document), representatives of the independent scene, representatives of cultural institutions in Struga. The presence of big number cultural workers, institutions, individuals, civil organizations from Struga contributed to a fruitful debate, where the participatory approach in strategy building and the significant share and focus of the independent scene in the document itself was positively assessed; careful and essential implementation of the strategy was suggested, and it was appealed for serious advocacy by the Ministry of Culture – for the development of cultural life in Struga and for the affirmation and promotion of the UNESCO status of the region. The event is part of a series of debates organized within the framework of Jadro Association and the Cultural Association -Tranzen. The projects were funded by the Open Society Foundation – Macedonia and USAID Macedonia 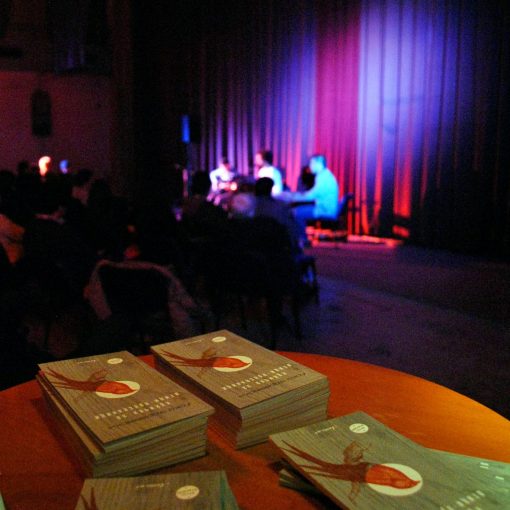 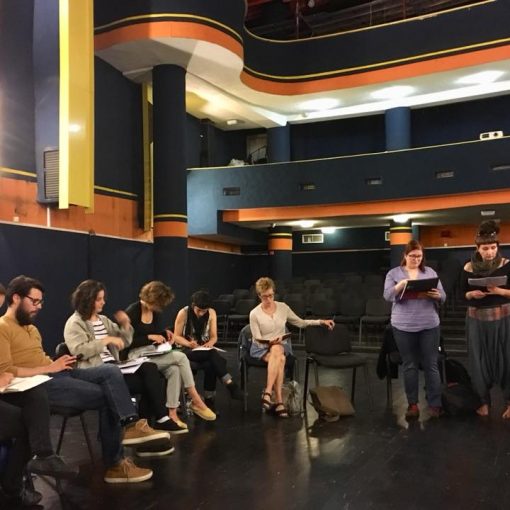 2018 to us was in the light of strengthened cooperation at local, national and international level among cultural workers from the independent […] 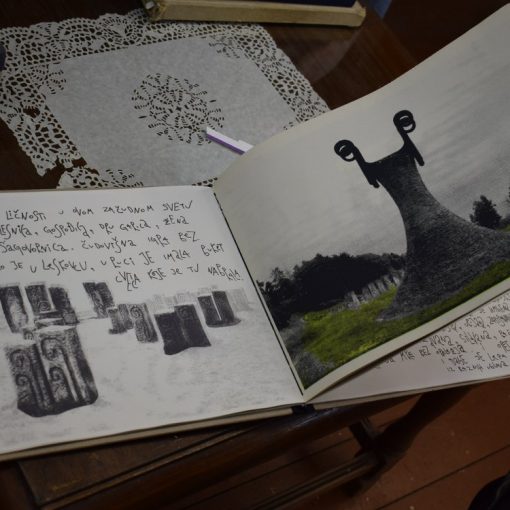 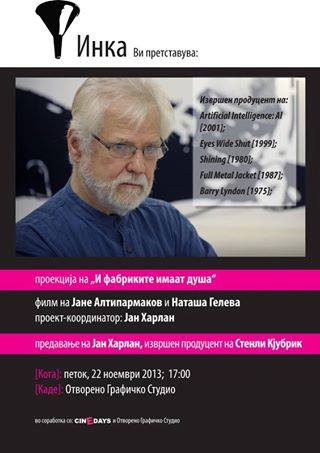 From the lecture held by Jan Harlan, Stanley Kubrick’s producer and screening of “Factories have soul too”, short film by Jane Altiparmakov […]